2016 was a great year for growing crops in Washington Co., IA.  We had a full profile of soil moisture heading into the season, great planting conditions in early/mid-April, nice rains in May to get things started, plenty of heat in June to get the roots digging, and plenty of rain in July & August to take us home…sounds like a recipe for a bin buster.  Enjoy. 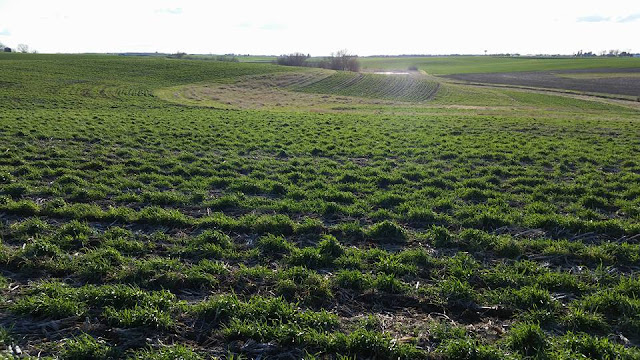 April 1:  This is one of my favorite views on our farm.  This field is essentially located in my backyard, so I frequently take my dog (Throttle) here on scouting trips.  This field was seeded down as CRP for much of my childhood, and was only brought back into production in the last 10 years or so…and it has never been tilled since before the CRP days.  The earthworm activity in this field is phenomenal.

This was our first year putting a cover crop on this field, and it was also our first experience using a drill to seed cereal rye.  The primary reason for seeding rye on this field was for erosion control purposes, but we also observed excellent water infiltration and soil tilth/aggregation in 2016.  Little did I know that being able to keep such a close eye on this field, and observing the rye progress through the winter & into the spring would be such a catalyst in my search for knowledge/trip down the rabbit hole.  The foreground of this photo is where one of the interseeding plots would go later in the year. 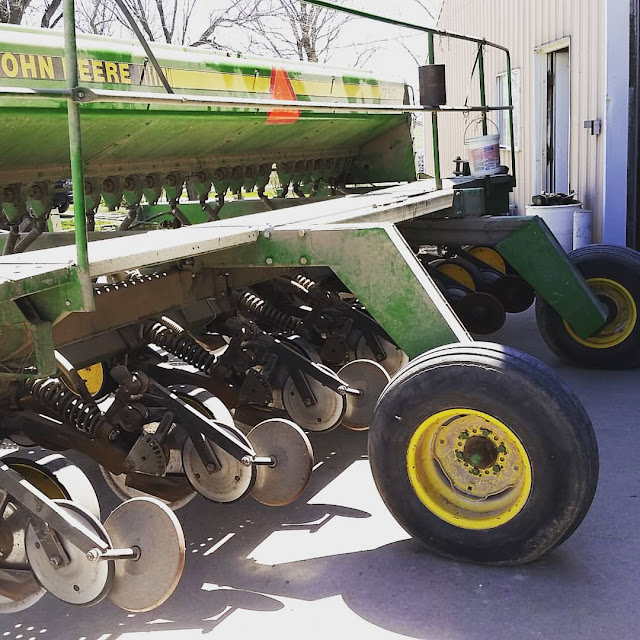 April 12:  Spending some quality time with the 750 drill.  We removed the harrow from the back of the drill, and reconfigured the row units to twin rows for interseeding cover crops into standing corn. 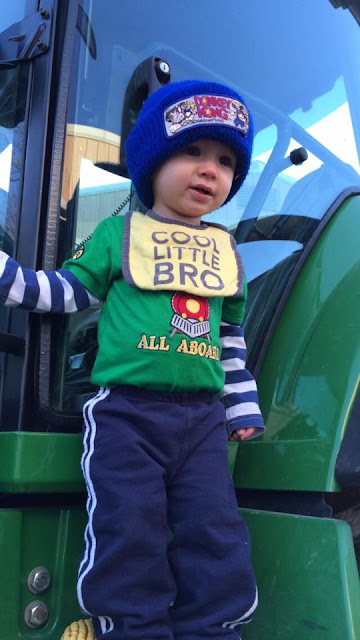 April 12:  Wyatt came out to help us work on equipment…he is good at showing us who’s really in charge. 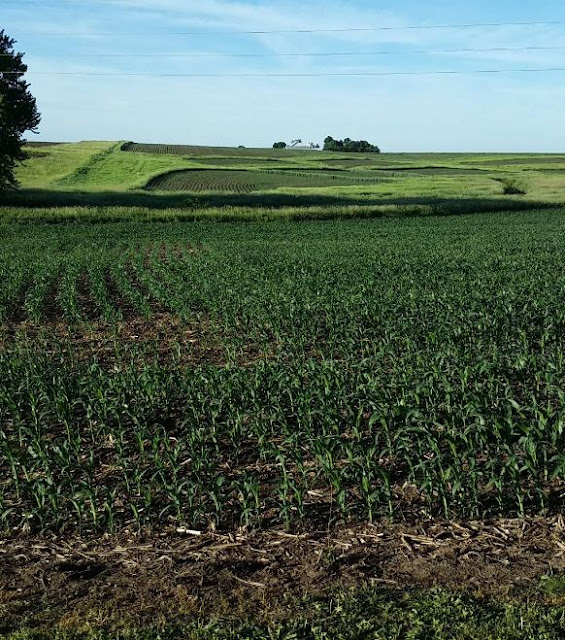 June 2:  View from my backyard.  The field on the other side of the creek is where the cereal rye photo was taken on April 1 (shown above). 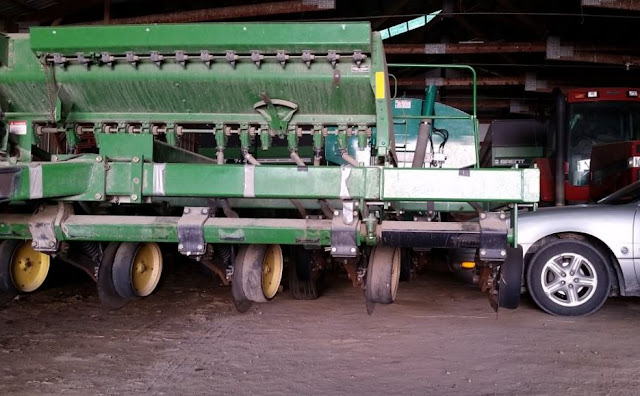 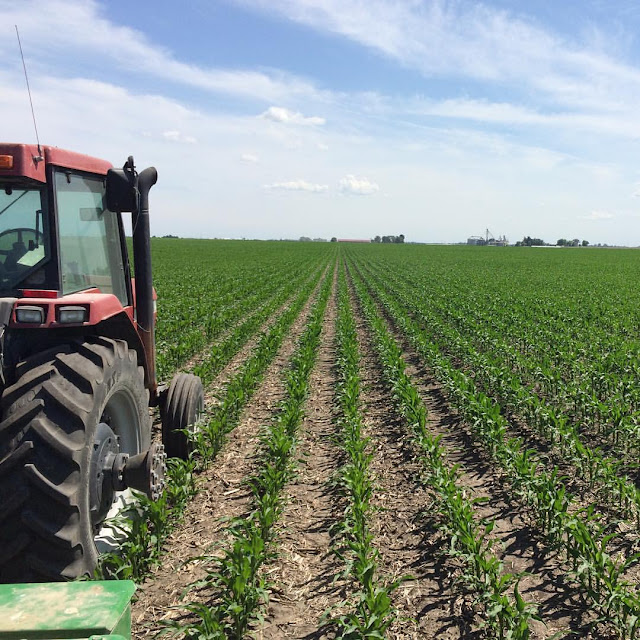 June 3:  No turning back now…interseeded covers are going in! 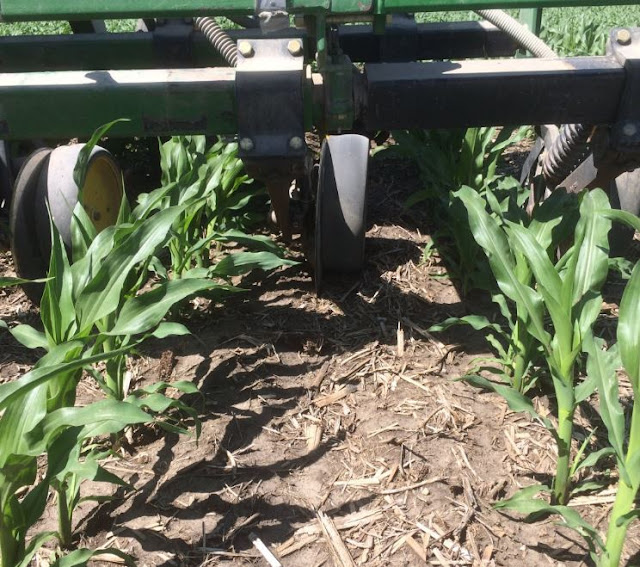 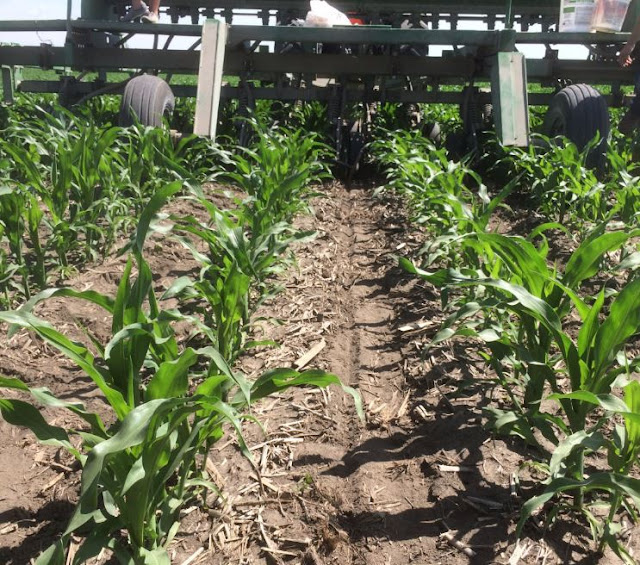 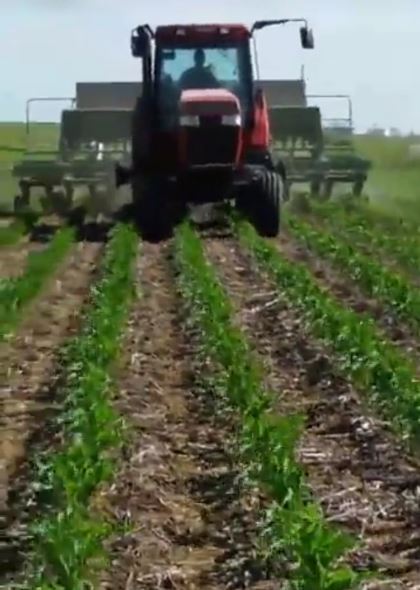 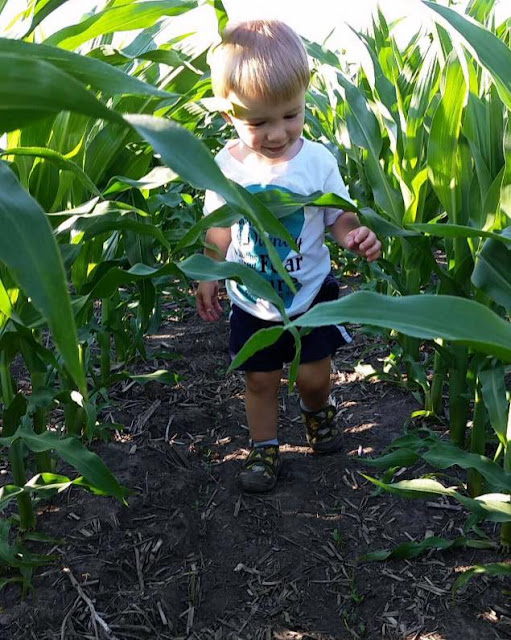 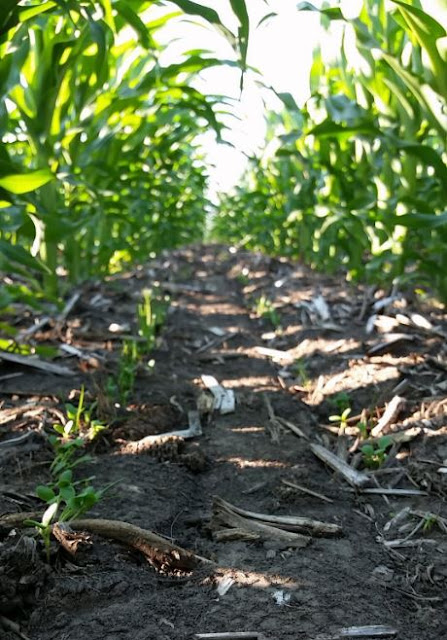 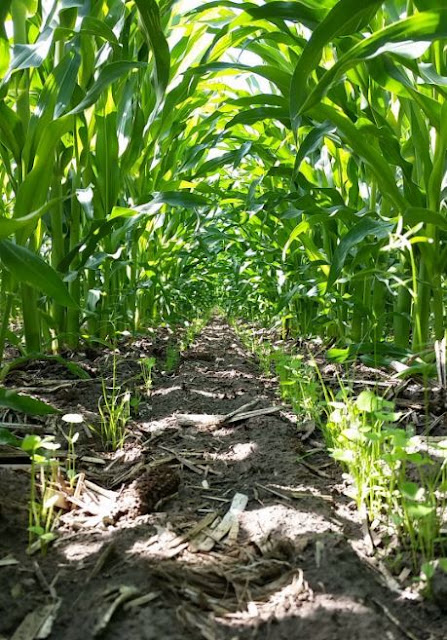 June 17:  Interseeded covers are thirsty & reaching for sunlight, but hanging in there. 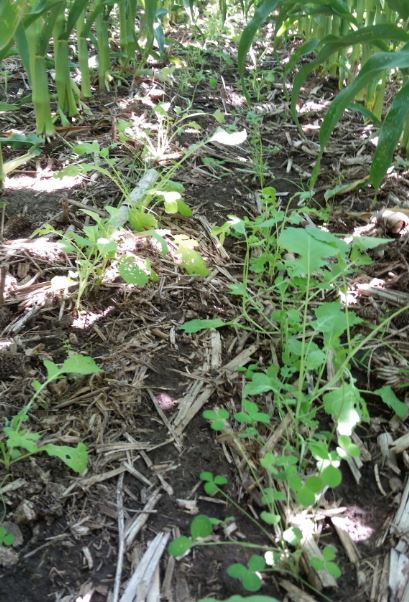 July 9:  Interseeded covers looking better after some rain & cooler temps, but still not quite where they need to be.  Notice how the insects seem to be fans of the brassica foliage.  We also see some Gray Leaf Spot showing up on the lower corn leaves. 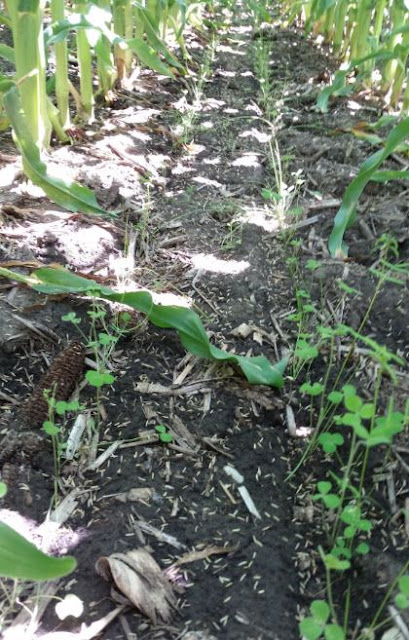 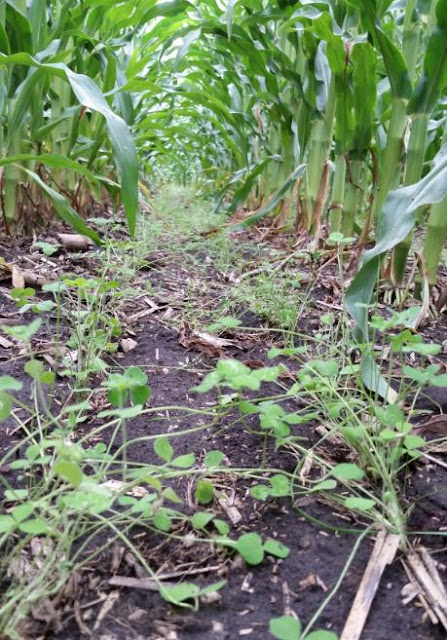 July 15:  This is about as big as they got…the clovers started to die off shortly after this.